In the work of Hans Landsaat (1935), love for the landscape is central.

He prefers to travel 'backwards' on public transport: "I don't like to see the landscapes flash by." As soon as the visual impressions are over, the native of Amsterdam translates them into abstracted worlds, sometimes full of symbolism. Landsaat draws inspiration from the many trips he makes. He is strongly fascinated by the empty, unapproachable landscape of Australia. Following in the footsteps of the ancient hunter-gatherer, he travels through the interior. Crossroads, holes in rocks, marks of the almost disappeared aboriginal culture: they can all be found in his canvases. The same applies to the Dutch Wadden and the Dutch polder landscape, in which bridges and tunnels often appear as striking elements. For him, these at first sight unnatural elements symbolize life itself: there is a clear beginning, but also an end. 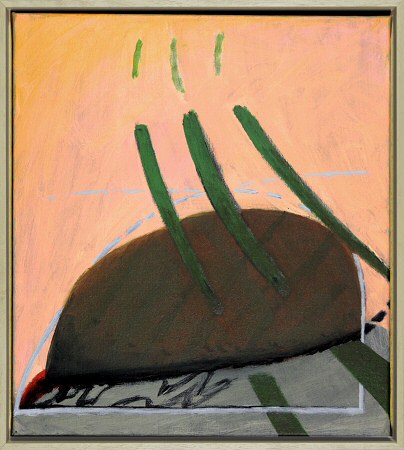 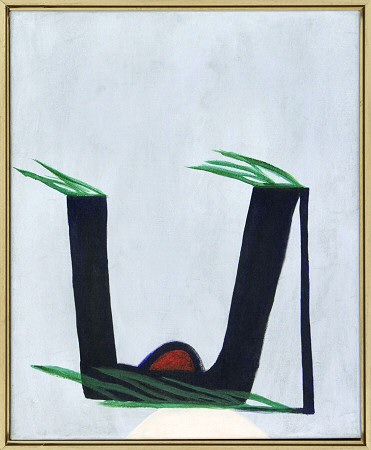 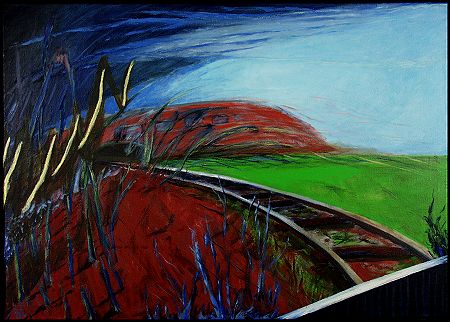 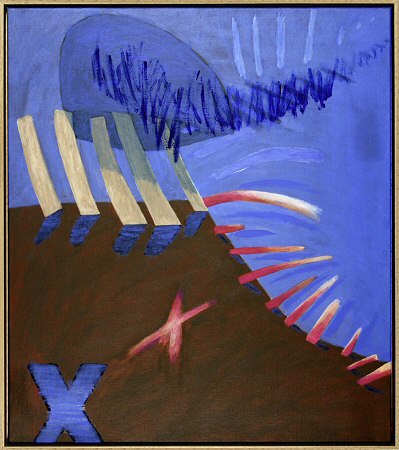 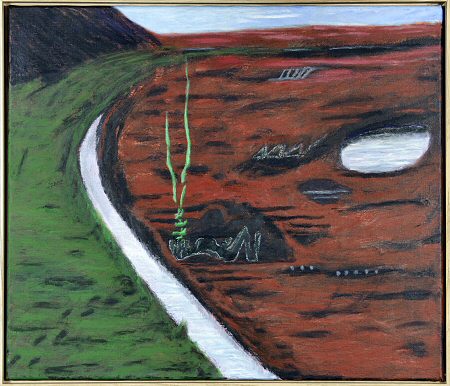 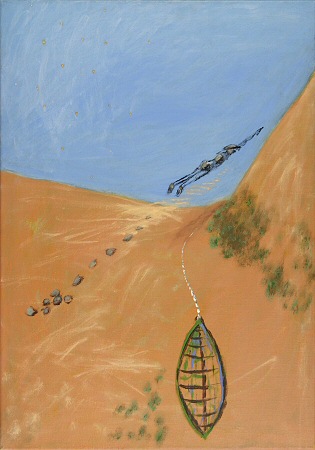 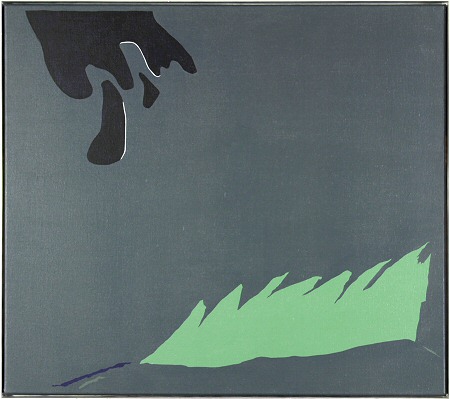