In addition to the exhibition in the Baggage Hall of Loods6, we are also organizing a small SOFTART extra with work by Tonneke Sengers and Barbara Pikavet during this period. The wall sculptures by Sengers and ceramic figures by Pikavet are combined with wall hangings from the SBK collection.

Barbara Pikavet - ceramic sculptures Pikavet gives her sculptures a soul. The love with which she shapes her characters is clearly visible. She makes the glaze herself, as do the pigments. For the ceramic sculptures she uses all kinds of clay from white, red, brown to black. Her work leaves room for the viewer and can be regarded as a start to a story. Pikavet is an observer and invites the viewer to do the same. Tonneke Sengers  - In dialogue with the surrounding space The work of Tonneke Sengers is strongly related to architecture. From the beginning. Sengers studied monumental design at the Gerrit Rietveld Academy, where, entirely in the tradition of the Arnhem School, the connection between visual art and architecture was central. Her murals and wall sculptures enter into a dialogue with the architectural space itself. Moreover, they often have elementary architectural aspects such as skylines and facades as their starting point. Sengers works with minimal resources: lines, grids and squares. This creates optimal spatial effects. This abstract geometric form language can be applied to any scale without losing its power. Sources of inspiration can be found in the immediate vicinity, especially where striking contrasts between open and closed spaces arise; ranging in scale from window envelopes and holes in binders to buildings she passes by train or car. The work takes place within the constraints imposed by the context. It is the given space that is decisive. In the case of a mural, these are the dimensions and shape of the wall, a door or the presence of a socket. In addition, there are the limitations that Sengers imposes on itself. Such as applying just one color or fitting squares precisely into an environment. There is always an important role for the space itself, which becomes part of the painting in an organic way. The unpainted lines, created by the use of tape in the design of the painting, remain part of the work. The design for the wall sculptures 'Up the Wall' is first drawn on the computer, after which it is cut in aluminum in the maximum size for the laser cutter. The squares are provided with depth and, as if they were cupboards or boxes, placed against the wall. The space is captured in these frames, a part of the wall is included in the work of art that forms frame and emptiness at the same time. The open-work aluminum allows the wall behind and the space between the two to play an important role. Composition and color are precisely determined to bring out the intended dialogue between illusion and reality. The shadow has free play within the defined area, as in a sound box. The counterform becomes an interspace in which the effects of Senger's interventions resonate. They form, indirectly, a new and often surprising reality. It seems as if Senger's work approaches you through two tracks. You have the idea that there is something to decipher and at the same time you can effortlessly 'disappear' in the space that the work opens up for you. Renée Borgonjen 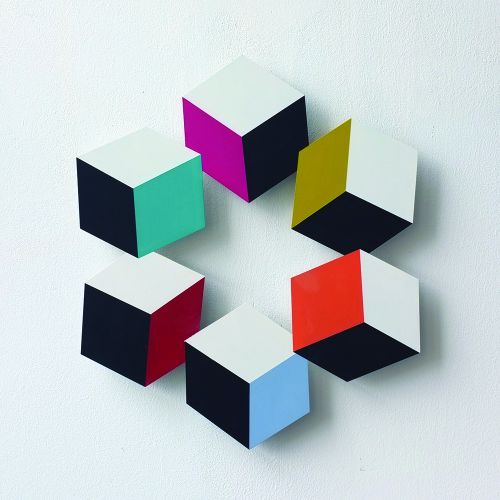 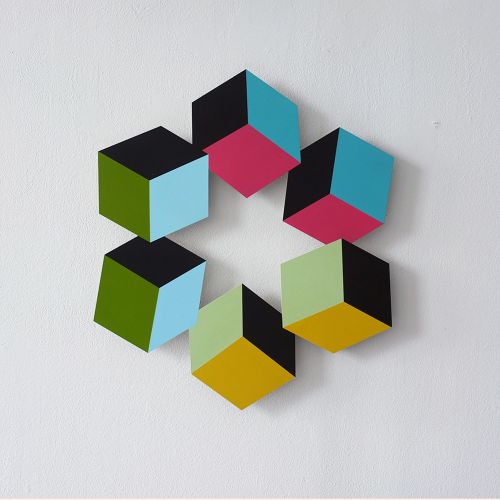 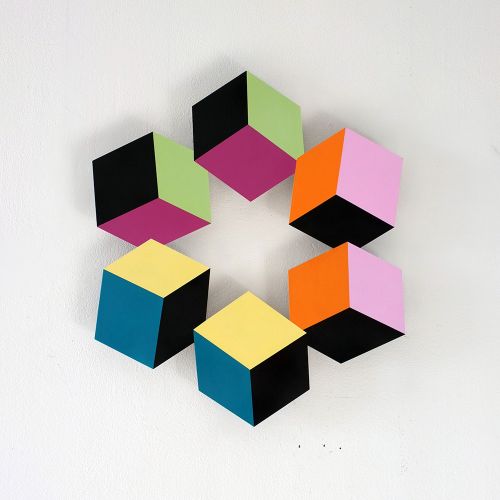 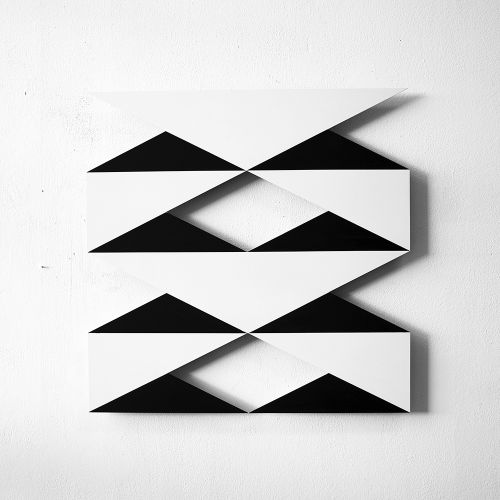 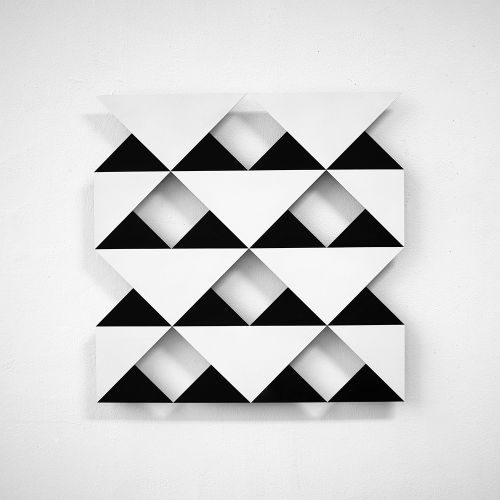 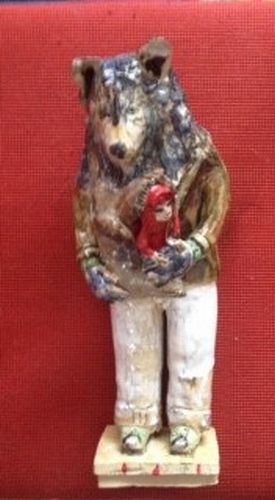 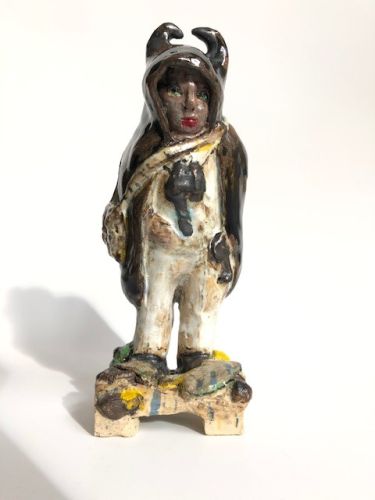 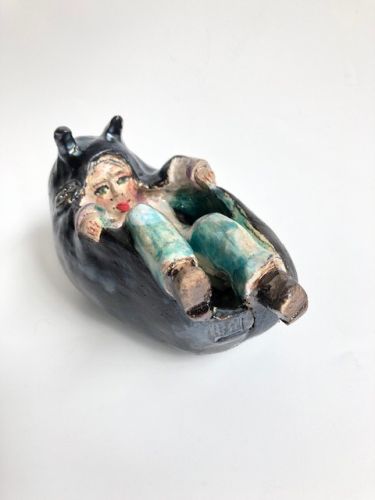 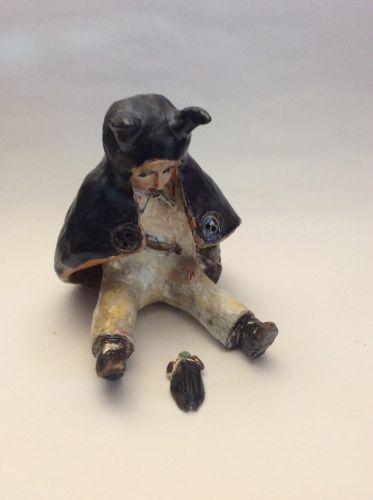