The prints used by Van der Linden represent fifty years of printmaking in the Netherlands and in that sense are traces of the recent past. Moreover, they have literally left their mark on Van der Linden's collages. For several years Van der Linden produced one collage after another. After arranging the print fragments, pasting followed, in two layers. The type of glue used depended on the type of paper on which the prints were printed. This was followed by what Van der Linden calls 'meaning'. With a thick marker or pastel chalk he applied his own lines, rich in details, over the pasted surface. Thomas van der Linden, unlike the painter Picasso, did not translate old and contemporary masters as well as objects from other cultures into his own idiom for Sporen. Like the collagist Picasso, however, he did use bits of reality as a collage element. Only these were not newspapers or wallpaper, but existing prints. And that has not been done before. Each print fragment represents the voice of another. Because of his arrangement, Van der Linden has allowed a dialogue to arise from this. His role is similar to that of a moderator. Profiles of faces with eyes, nose and/or mouth are often visible in his additions. In this way he seems to give his unknown speakers a face. He drowns out what these voices have to say with his own story, so that the end result is always unmistakably a Thomas van der Linden. But out of respect for that 'input' from anonymous others, Van der Linden has not given titles to his polyphonic collages but numbers and has not signed them. As maker and not maker at the same time, he sees himself as Thomas Anonymous. 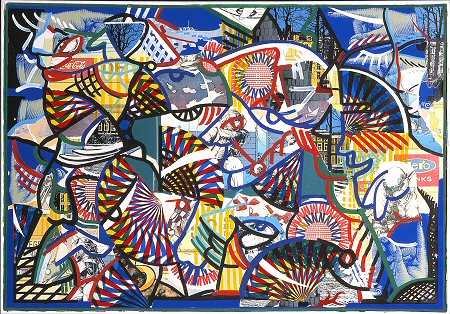 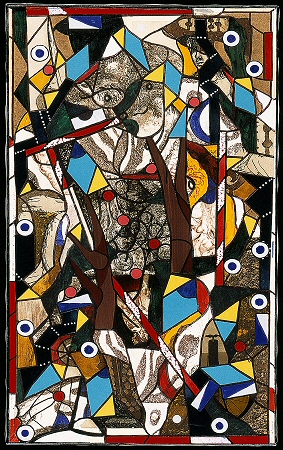 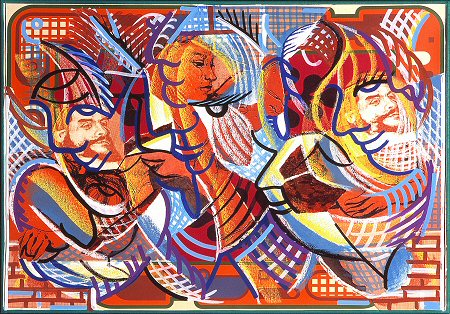 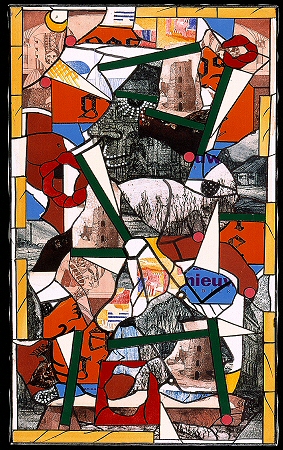 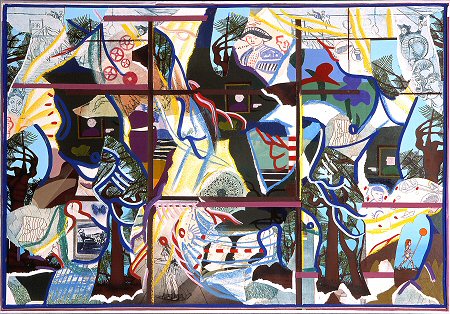 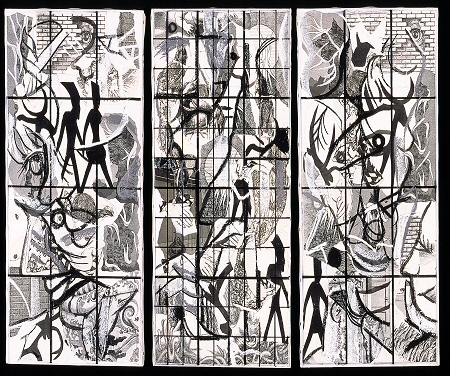 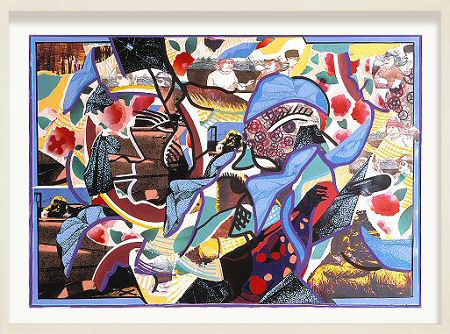 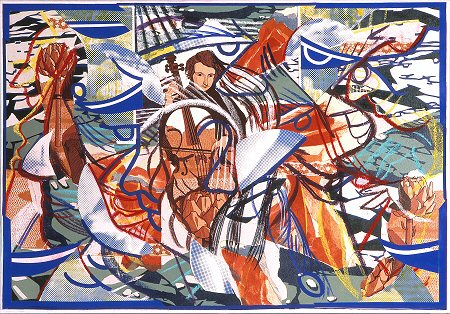 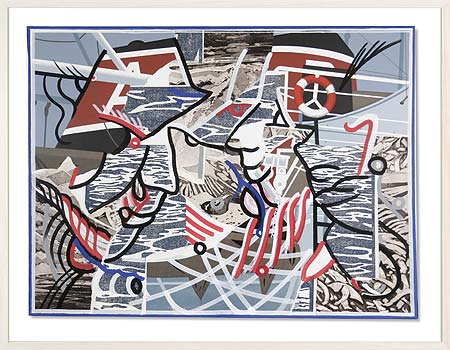