Paul Smulders | outside inside

The painting process is the theme in the work of Paul Smulders. He allows himself to be guided by his painting materials without a preconceived plan. By allowing the dyes to interact freely, a partly unpredictable composition is created.

Paul Smulders (Breda 1962) is a true painter. He has chosen the painting process as the theme of his work. Without a preconceived plan, Smulders is guided by his painting material. He works with various types of paint, inks and varnishes, which he allows to interact with each other as if it were in an alchemical process. By allowing the dyes to interact freely with each other, something is created which the painter sets in motion, but which takes place for the most part as an unpredictable process. Of course Smulders cannot avoid imposing an order on his material, but he gives his material as much space as possible to be a decisive factor in the final composition. Motifs from nature are central to his current work. Yet it is not the case that the paintings want to evoke the illusion that they depict nature perfectly. Painting is not only the making of an image, but also the bringing to life of painterly material, which in itself has no meaning. The paint and gesture of painting represent the sensuous element in the artistic process, while the final image is a form of order and organization. Smulders' work not only shows landscape motifs, but also shows the dynamics that work in nature. In his paintings one gets to see the interaction between two kinds of nature. The natural effect of painting as casually as possible competes on the canvas with the time-honoured play of shapes from living nature. Smulders' painting looks like a dynamic weave of organic forms, but it also resembles an abstract work that does not directly refer to nature. One could say of Smulders' paintings: "This is the fabric of nature, the cohesion as you might experience nature." When looking at Smulders' works, the struggle between image and matter, between structure and chaos is palpable. He wants the picture to become paint and the paint to become an image. His paintings certainly suggest figuration, but it plays on a level below the surface. In his canvases one experiences the simultaneity of figuration and abstraction. 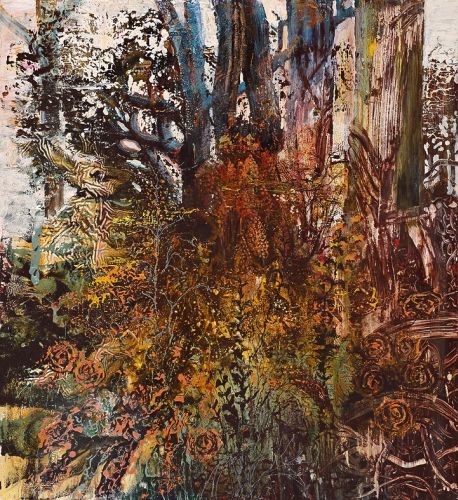 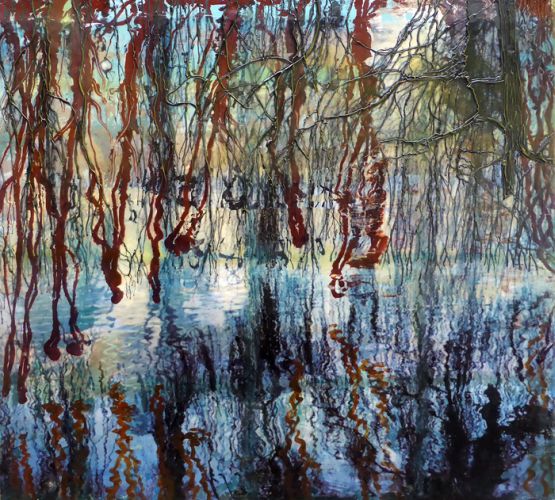 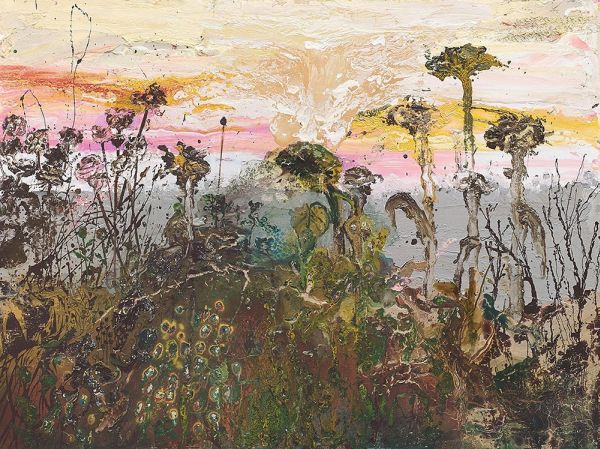 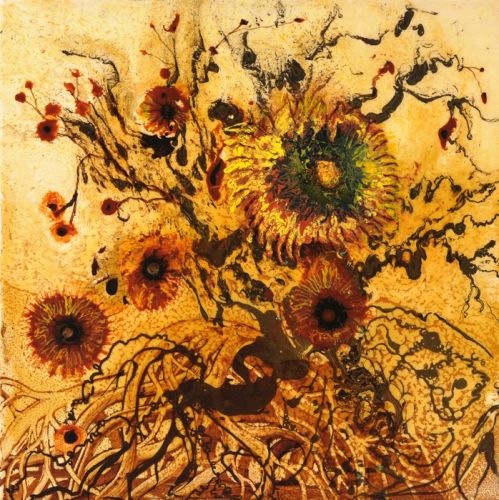 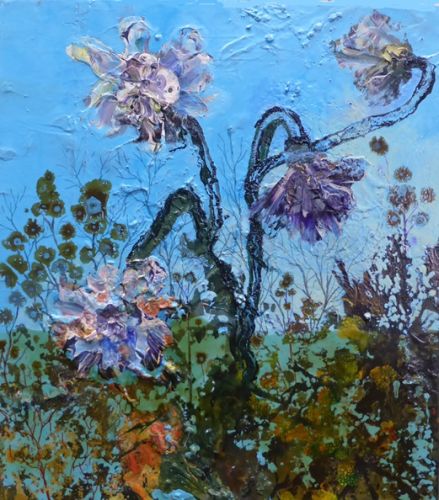 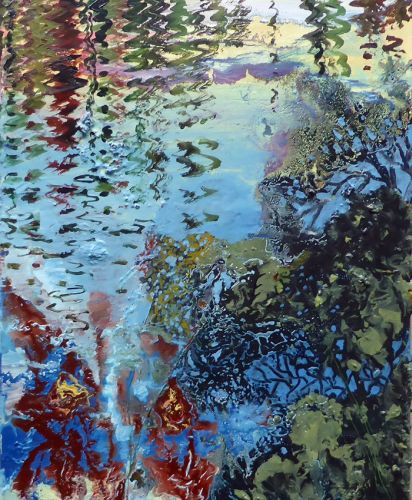 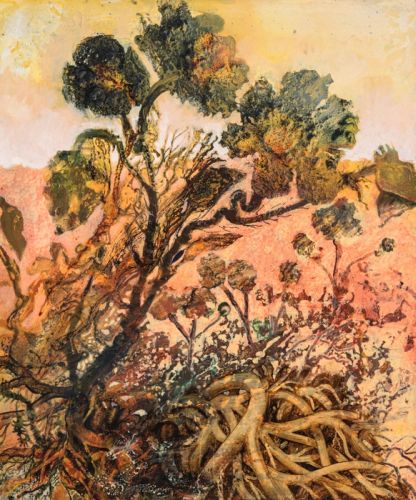