With forty photos, they show public life in Moengo, a former mining town that is marked by its colonial and industrial past on the one hand, and determined by its current inhabitants on the other. This series of photos is a time document of the heritage and identity of the eleven young photographers. At the end of 2018, photographer Roosje Verschoor (1986) worked with them for six weeks on the themes of identity and environment, past and future, loss and resilience. They photographed the community, their families and friends, expressions of fashion and culture, colonial architecture and other remnants of history. Moengo was founded in 1916, when bauxite was discovered in the northeast of Suriname by the Suralco company (a subsidiary of Aluminum Company of America). The bauxite company set up Moengo in a segregated manner: a place for the white staff, and separate quarters for the Javanese and Creole workers. The different neighborhoods were not separated from each other by fences, but by invisible boundaries that everyone naturally adhered to. In 2015, Suralco stopped mining bauxite in Moengo and left the town it founded. The empty houses and facilities were given new uses: Maroon families who had fled during the Interior War moved into working-class houses, Suralco's tennis court is used as a football field. BENDING BENCHMARKS 2019 Moengo owes its existence to bauxite mining, but now that the mines are exhausted there is no longer any reason for Suralco, subsidiary of the Aluminum Company Alcoa, to be here. What remains are the abandoned and dilapidated luxury villas of the former management and other vestiges of a colonial period of Dutch-American profit, laden with double meanings. On the other hand, the current residents are building a new future for Moengo. In Moengo, past and present have an inseparable influence on each other. Verschoor decided to provide insight into history in a series of photos of Moengo's public space. This shows the still present legacy of bauxite mining and, above all, the luxury that came with it. A tennis court and golf course in disrepair breathe this history. As a backdrop for the current population, they transform her photos into a critical look at what was going on here. DEH WATA KISI MI 2016 This series of photos breaks through the romantic image that lives in the West about living in nature. By showing the real, locally created beauty that eludes our Western penchant for 'authenticity'. Verschoor had chosen this subject on the basis of her previous visits to Suriname, where as a tourist she came into contact with other tourists and became aware of our ideas. 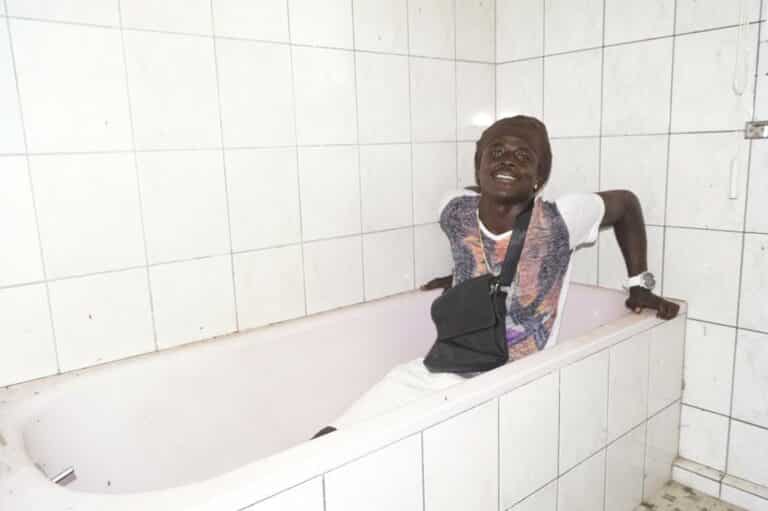 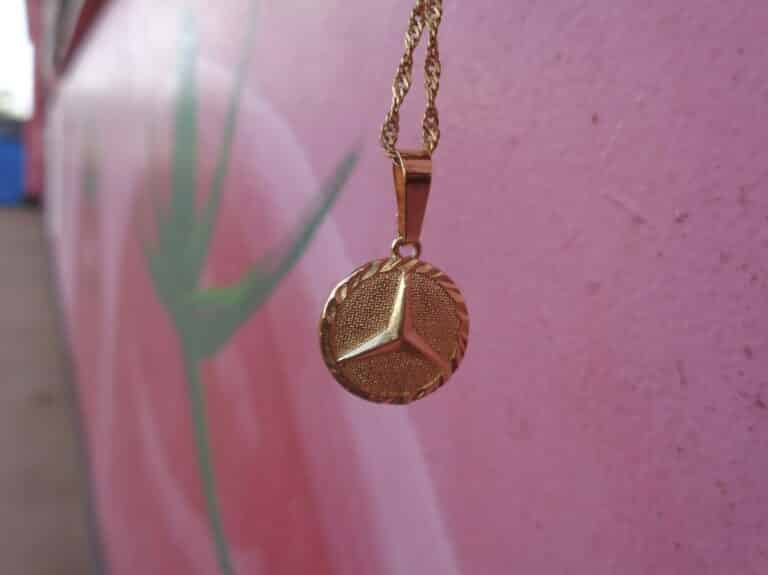 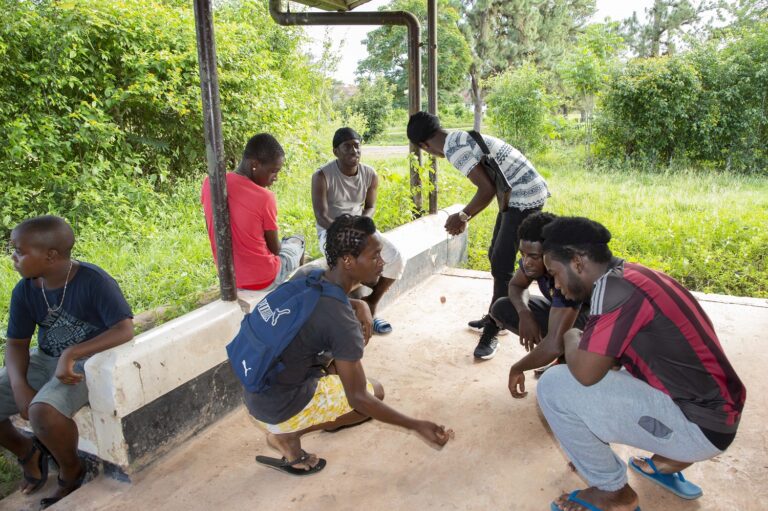 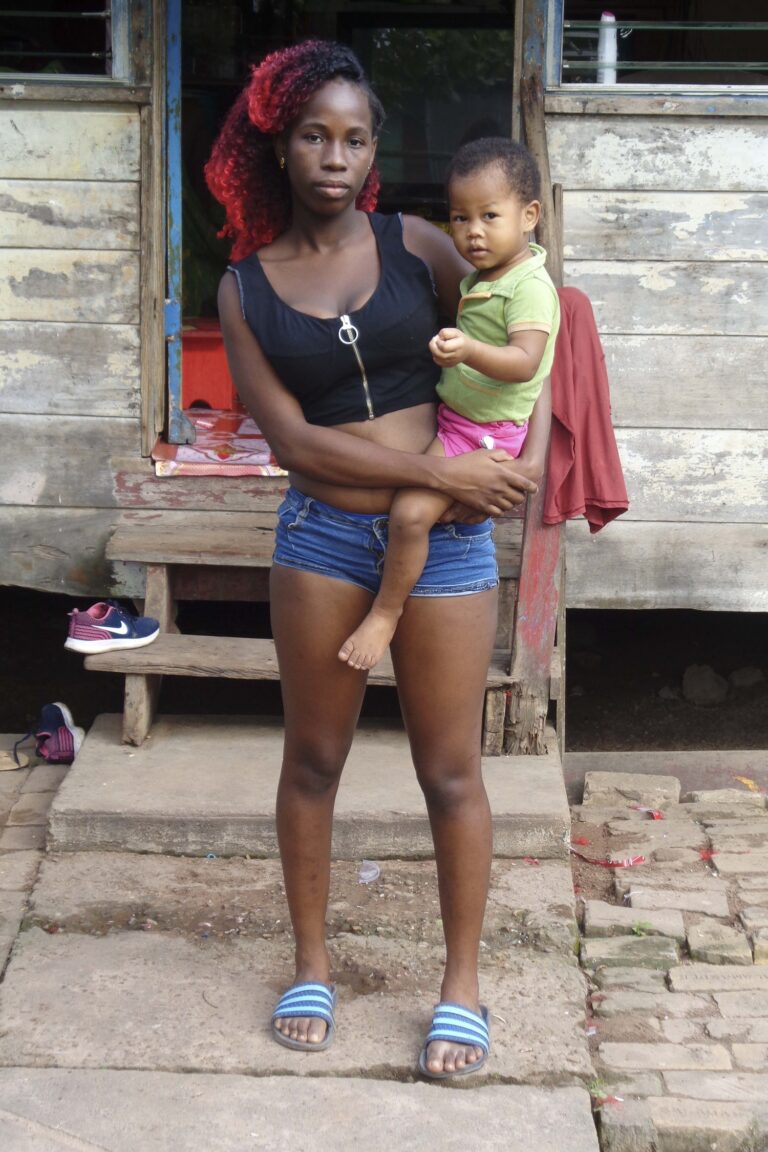 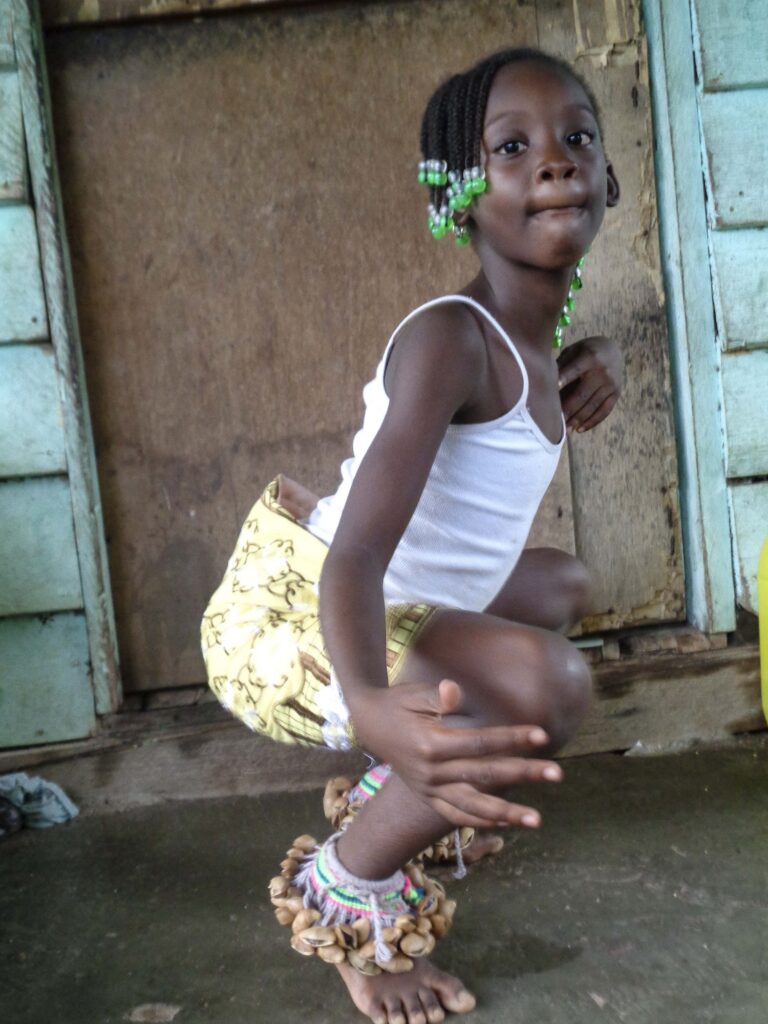